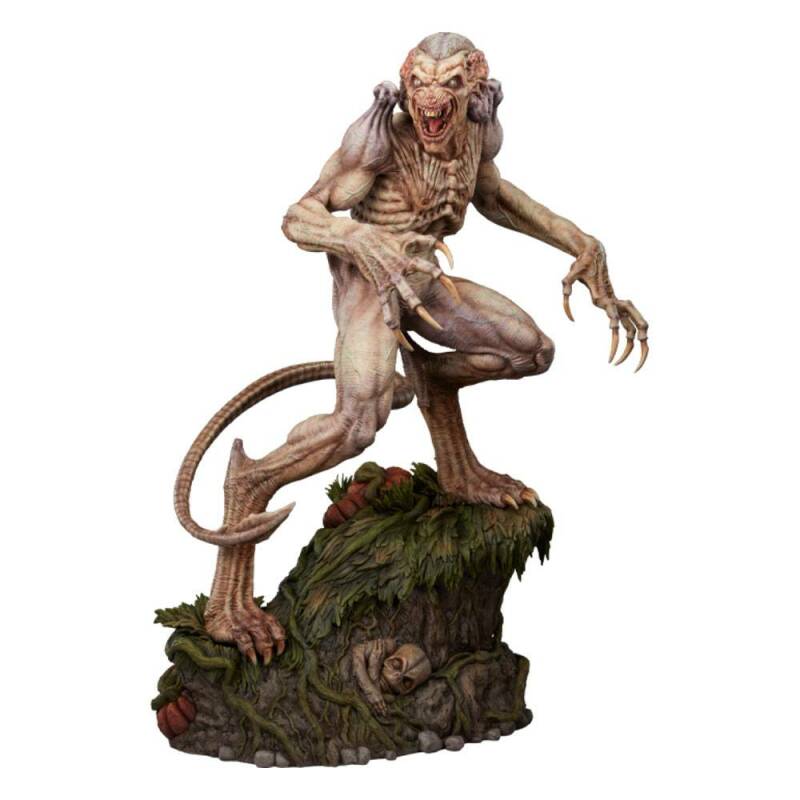 "For each of man's evils, a special demon exists. You're looking at vengeance. Cruel, devious, pure-as-venom vengeance."

The Pumpkinhead 1:4 Scale Statue measures 27" tall and 19" wide, standing on a detailed environment base that recreates the iconic graveyard scene from the film. Pumpkins and vines grow in tangled masses above the dirt, which hides the partially uncovered corpse used to summon the titular monster. Pumpkinhead prowls in the darkness, searching for its next victim in an unstoppable vengeance spree.

The Pumpkinhead 1:4 Scale Statue is a fully sculpted marvel meticulously recreating Stan Winston's iconic creature in exceptional detail, from its terrifying face down to the talons on its feet. Painted with fleshy, pale orange and sickly purple hues, the monster takes on an undying, unearthly appearance with large claws and a whip-like tail. Pumpkinhead has a muscular physique detailed with veins and sinews, its form textured to give added depth to the horror of the creature. Pumpkinhead's portrait is complete with a snarling face, inhuman eyes, and the brain-like cranium as imagined by one of the greatest minds in movie monster horror.

Dig up some space in your collection and bring home the Pumpkinhead 1:4 Scale Statue by PCS today!