Lord of the Rings: Helm of Elendil 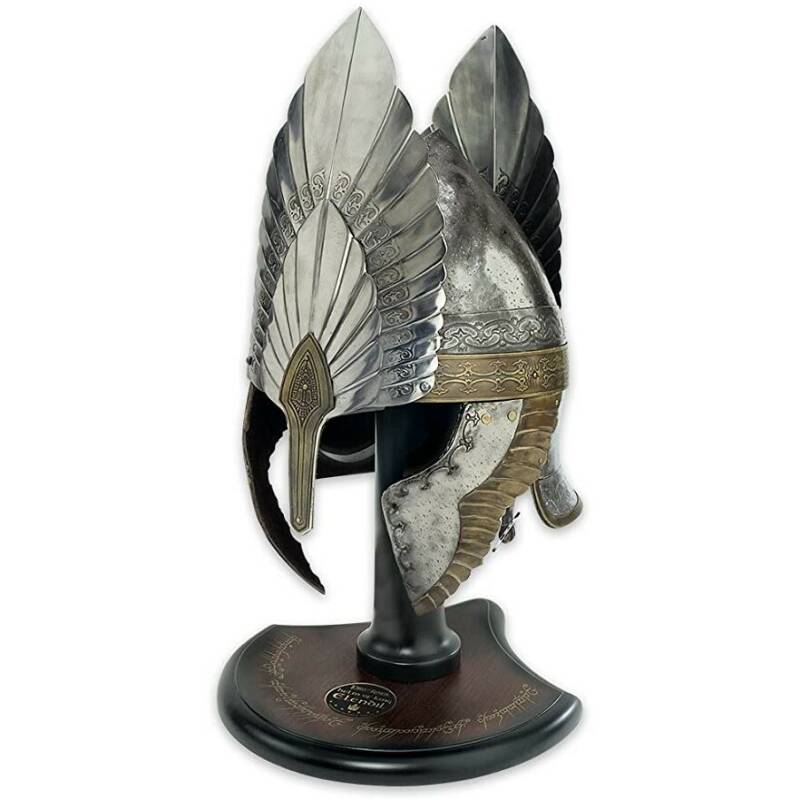 Elendil, wise and fair King and builder of the strongholds of Gondor, kept watch over much of Middle-earth. For more than an Age, a great darkness covered the lands until Elendil united with Gil-galad to form The Last Alliance of Elves and Men. Elendil led his men to victory against Sauron and his legions of orcs, in the Battle of Dagorlad. Then, on the slopes of Mount Orodruin, despite heavy losses, the Alliance managed to drive Sauron's forces back. Cornered there, Sauron himself took to the battlefield. After heavy battle, Sauron slayed the Great King of Men, Elendil, and shattered his legendary sword, Narsil. The armour and helm of Elendil were adorned with the feathered wings and crests of seabirds. These emblems represented Elendil's arrival from over the sea in ships that sailed on the wings of the wind. The crest and wings of Elendil's helm were slighty larger than other Gondorian helms, symbolizing his status as king.

A noble and wise king among Men, Elendil made an alliance with the Elven King, Gil-galad, to assault the fortress of Sauron, the Dark Lord, whose evil threatened all the good creatures of Middle-earth. Though their campaign would be victorious, King Elendil himself would be confronted by a foe he could not hope to defeat.

This authentically detailed helmet is a reproduction of the helmet prominently featured in The Lord of the Rings, The Fellowship of the Ring presented by New Line Cinema. United Cutlery Brands, industry leader in fine movie reproductions, has meticulously recreated the actual prop helmet using the finest grade materials and craftsmanship of the highest quality available. Close attention to quality is a top priority in every piece. Each helmet is presented with a wood display stand adorned with 'The One Ring' inscription and a brass medallion. This adult collectible is strictly limited to 5000 pieces worldwide and is individually serialized on a solid brass plate mounted on the inside back of the helmet to ensure authenticity.