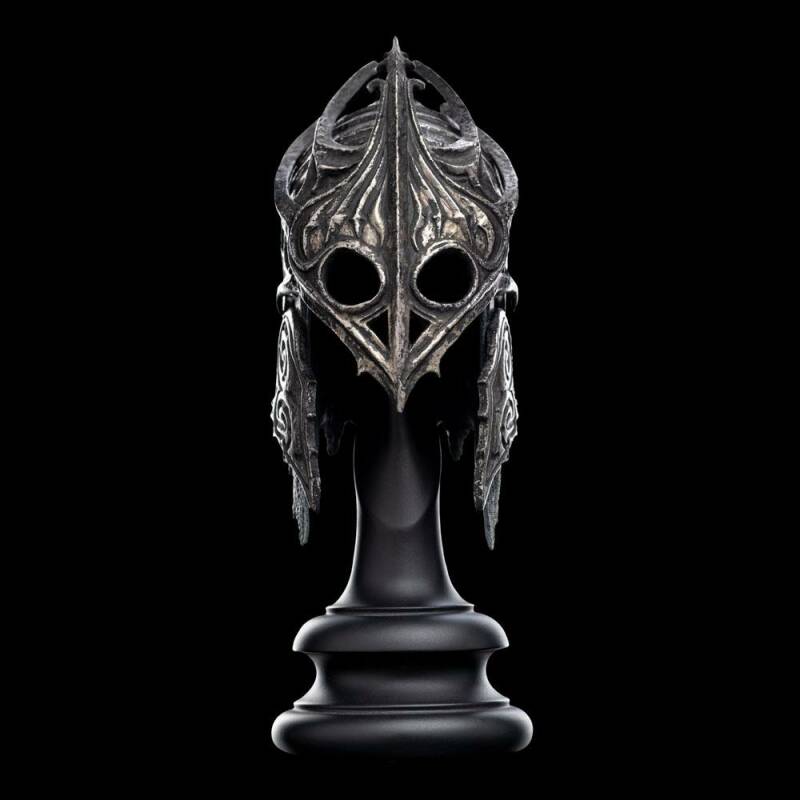 Summoned from beyond the grave by their master's will, the Ringwraiths rose to challenge the White Council in the tangled ruins of Dol Guldur. Spectral, formless beings, the nine Wraiths could not be seen by mortal eyes lest they robed themselves to walk among the living. The Elves and Istari of the White Council perceived beyond the limits of mortal sight, and to them the Nazgûl appeared as warriors, clad for battle in black mail and plate.

Seeking nothing less than dominion over all of Middle-earth, the Dark Lord Sauron drew his wicked servants from the greedy and weak-willed men across the land. Gifted with magical Rings of Power, petty kings and would-be sorcerers fell quickly to his enchantment and became wraiths; the rings they so craved becoming shackles, bound for all eternity to their malevolent Lord.
From the lands of Khand in the east came one such Ringwraith, his name and purpose long forgotten, now but an empty vessel; a soulless instrument of Sauron's will. Rising before the allies in Dol Guldur he appears in pitted silver armour, his helm etched and embossed with serpentine forms, vague hints of the culture he once called his own.

- 1:4 Scale;
- Made from high-quality polystone
- An exact replica of the physical prop used on-screen
- Comes with a display stand
- Limited Edition