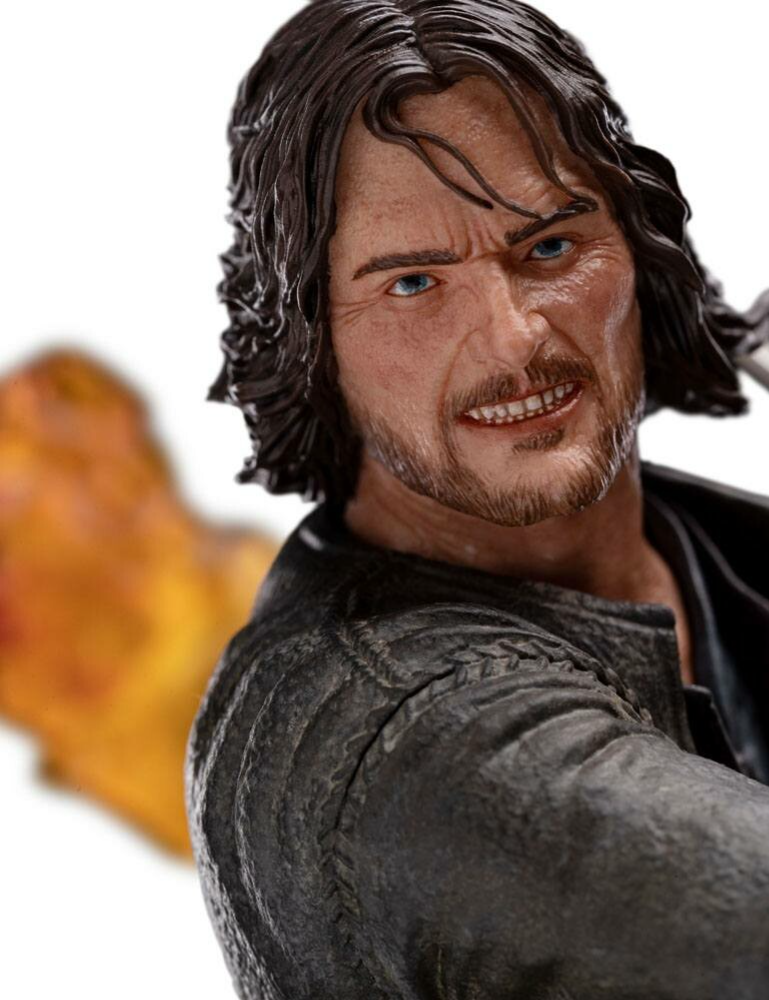 From the certified cool-stuff addicts at Weta Workshop comes Figures of Fandom: a range of collectibles featuring iconic characters from film, television, and gaming! New in the mix: The Lord of the Rings.

This is Aragorn, whom the people call Strider. Grim and weather-worn he may be, but this ranger is much more than he appears. No better guide could Frodo wish for, nor more loyal or brave a defender than Aragorn, when the Wraiths catch up with them at Weathertop...

Let your fan flag fly with Figures of Fandom: iconic characters from the hottest in pop culture. Made from high-quality PVC at approximately 1:8 scale, each character is faithfully captured through 3D sculpting and comes complete with a stylised environmental base.

- By fans, for fans;
- Sculpted by Ryan Serrano;
- Made from high-quality PVC;
- Strider is paired with his ranger sword and flaming torch;
- Translucent environmental flames;
- Base design depicts the ruin upon Weathertop;

We've designed Aragorn as a companion piece to Lurtz. Two warriors unmatched on the eternal battlefield of good and evil. Here, the brave Aragorn leaps into battle to save the lives of his new Hobbit companions: A torch in hand, to keep the darkness at bay.