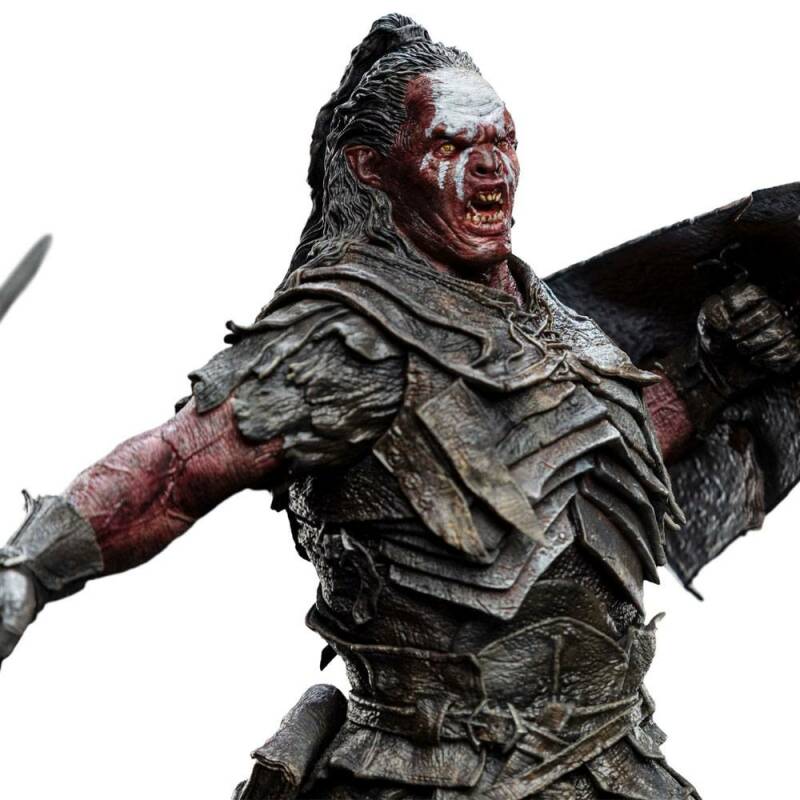 From the certified cool-stuff addicts at Weta Workshop comes Figures of Fandom: a range of collectibles featuring iconic characters from film, television, and gaming! New in the mix: The Lord of the Rings.

Bred at an accelerated rate beneath the Tower of Orthanc by the fallen Wizard Saruman, Lurtz is the first of a new breed of Orcs sent to attack the Fellowship at Amon Hen. Tall, broad-backed and fearsome, these fighting Uruk-hai can run long distances without rest, even beneath a bright sun. Lurtz leads a scouting party of many dozen of the brutes, lynx-eyed and alert for any sign of their quarry as they hunt for the Hobbits amid the woods of Parth Galen.

Let your fan flag fly with Figures of Fandom: iconic characters from the hottest in pop culture. Made from high-quality PVC at approximately 1:8 scale, each character is faithfully captured through 3D sculpting and comes complete with a stylised environmental base.

- By fans, for fans;
- Sculpted by Yorke Yu;
- Made from high-quality PVC;
- Lurtz is paired with his Uruk-hai sword and shield;
- Base design depicts the forest of Amon Hen;

We've designed Lurtz as a companion piece to Aragorn. Two warriors unmatched on the eternal battlefield of good and evil. Here the mighty Lurtz prepares to launch his shield and trap his foe; muscles bulging as he prepares to strike with fury and precision..."