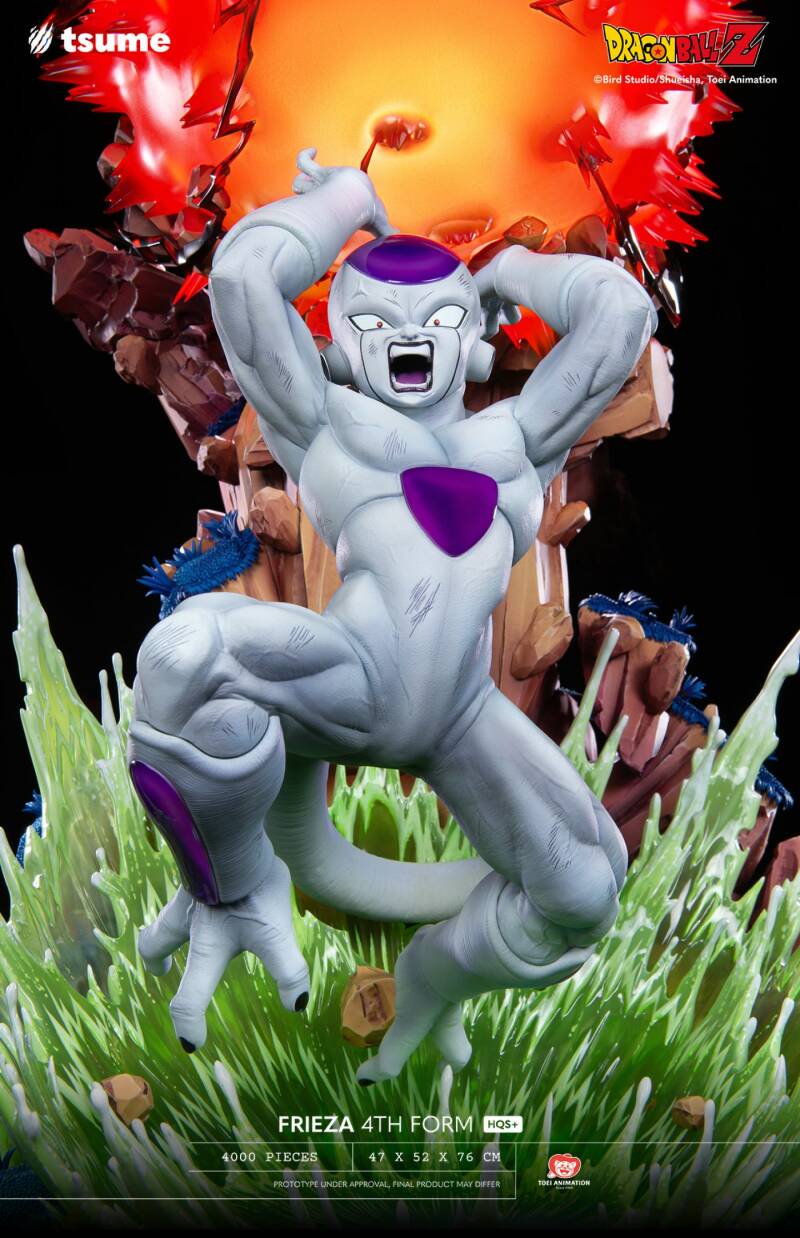 FOR THIS ORDER PLEASE CONTACT ME DIRECTLY ON
INFO@HIGH-ENDCOLLECTABLES.COM

"You won’t kill me! You’re the one who’s going to die...!I can survive in the vacuum of space. How about you?!Ha ha ha (...) This planet is finished!!!!"- Frieza to Son GokuThis typical landscape, with its luminous green water and blue hills, indicates that the Galactic Tyrant is on Namek, the home planet of the Nameless Namekian, where he travels with the aim of finding the Dragons Balls.

Greedily decimating every village on his way, we can see him here deploying all his strength to exterminate his fierce opponent: Son Goku!Determined to annihilate him, he finally sets out to destroy the entire planet in order to win his fight against the Super Saiyan.

Being able to survive in space, he will sacrifice any life on Namek’s surface, for his greatest pleasure! Thus, through his aura and in his final form, the sadistic tyrant creates an exponentially powerful Death Ball in transparent resin, in searing blood red tones, illuminated and surrounded by dark lightning. Respecting the very essence of Frieza, his pose, both iconic and unique, shows him carrying death at arm’s length. His murderous madness and visceral desire for total destruction animates his bloodthirsty gaze as he is preparing to annihilate this planet by projecting all his devastating power into its heart ...