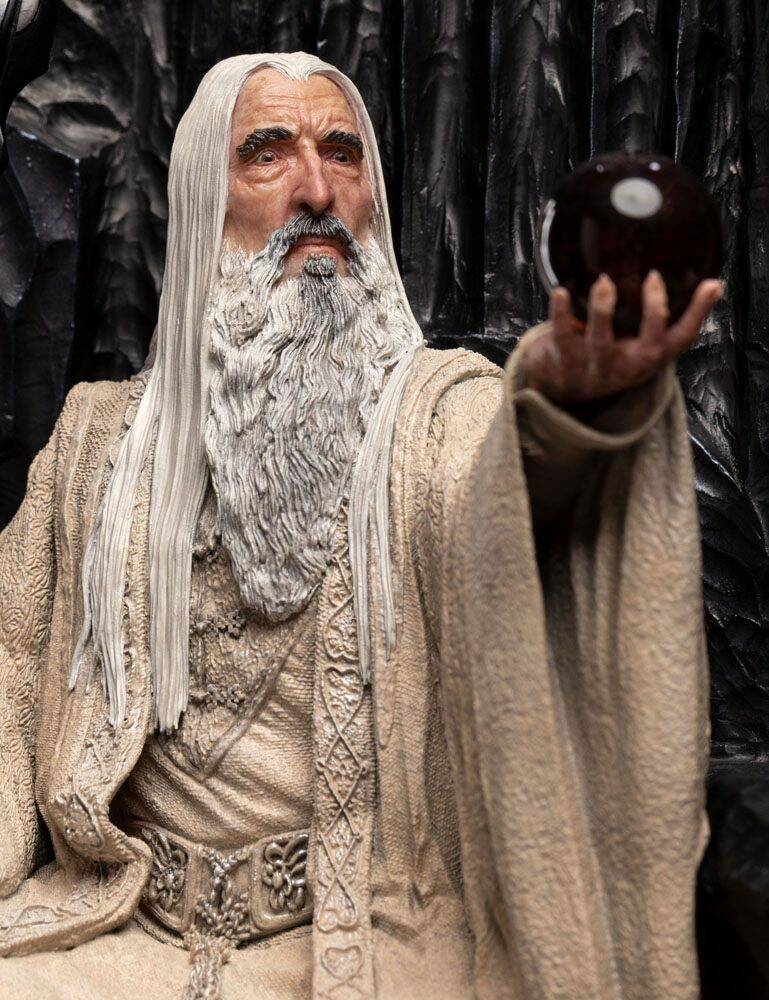 Learned and powerful, Saruman devoted himself to studying the ways of his enemy, that he might therein devise a means of defeating him. To this end, he amassed within his tower a vast library of arcane knowledge. Of chief interest to Saruman was the mastery of ringcraft; for it was with the creation of the Rings of Power that the Dark Lord nearly conquered all of Middle-earth once before, and might yet again should he reclaim the missing One. Over the years he sought clues to the Ring's whereabouts, hoping to be first to find it and perhaps wield its power for himself.

For even as he conferred and planned with his allies to stand against Sauron, in secret Saruman had become enamoured with the ways of his adversary, a fate hastened by his use of the Palantír of Orthanc. At first the Wizard had used the seeing stone to spy upon Mordor, but in time he came to commune directly with the Dark Lord. Contend as he might, Saruman was no match for his enemy. Pride blinded him to his own weakness, and Sauron, through lies and sheer force of will, made the White Wizard his vassal; an instrument to be wielded and ultimately discarded in his design to subjugate all free peoples of the world.

As the head of the Order of the Istari, Saruman the White was tasked with orchestrating the defence of Middle-earth against the resurgence of the Dark Lord Sauron. Two centuries before the War of the Ring the pale Wizard was given the keys to Orthanc, an ancient tower of black stone ringed by a mighty wall at the foot of the Misty Mountains. Within this fortress he made his home, sitting upon a great carven throne.

- 1:6 scale
- Made from high-quality polystone
- Depicts the iconic ally-turned-villain Saruman seated upon his blackened throne
- Saruman holds his Palantír containing an illusory Eye of Sauron
- Removeable features include the 2 lamps, Saruman's staff and Saruman himself
- A perfect companion piece for other 1:6 collectibles like Lurtz and Wormtongue (sold separately)
- Over one meter tall
- Sculpted by Middle-earth Master Gary Hunt