Lord of the Rings: Narsil Sword of Elendil 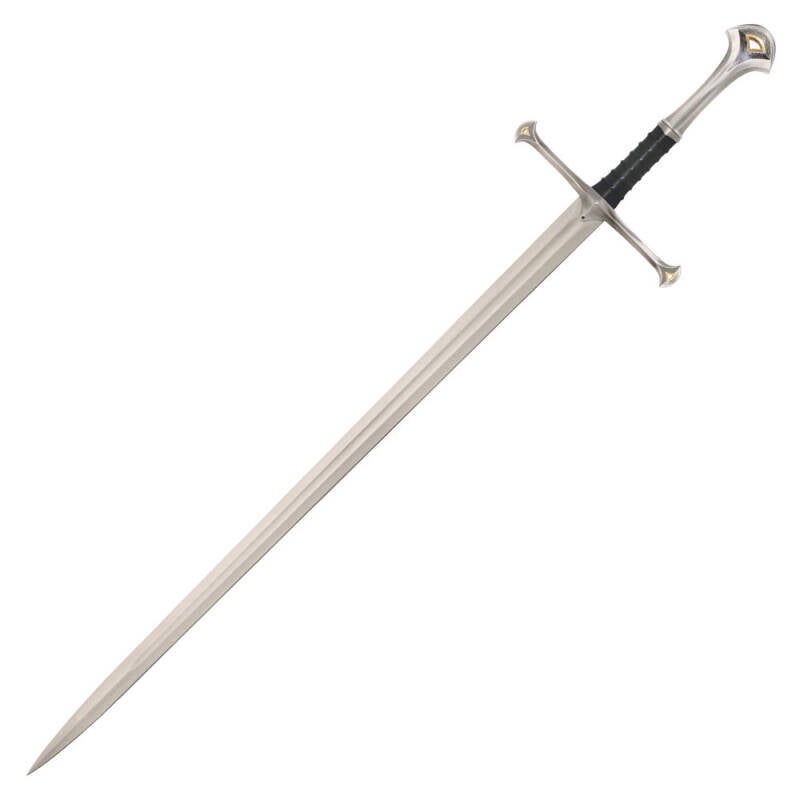 With over 100 million copies sold in over 40 languages, millions have grown up with 'The Lord of the Rings', the classic epic tale considered by millions to be the greatest fantasy-adventure story ever told. J.R.R. Tolkien’s phenomenal epic trilogy chronicles the struggle between good and evil for possession of a magical ring. The book trilogy, named the most popular book of the 20th Century, has been presented in a series of feature films from New Line Cinema.

Narsil is perhaps the most famous sword in the 'Lord of the Rings' trilogy. At the end of the second age of Middle-earth, Narsil's blade was shattered as Elendil fell during the Last Alliance of Elves and Men in the great battle against Sauron. Isuldur, Elendil's son, then used the broken hilt of Narsil to cut 'The One Ring' from Sauron's finger, breaking the bonds of his power, banishing his evil shadow into the darkness. Features include antique silver plated metal handle parts with 24-K gold plated fittings and genuine leather-wrapped grip. Engraved on the pommel are runes in the Elven language of Sindarin that say 'Narsil is my name, a mighty sword - Telchar made me in Nogrod'.